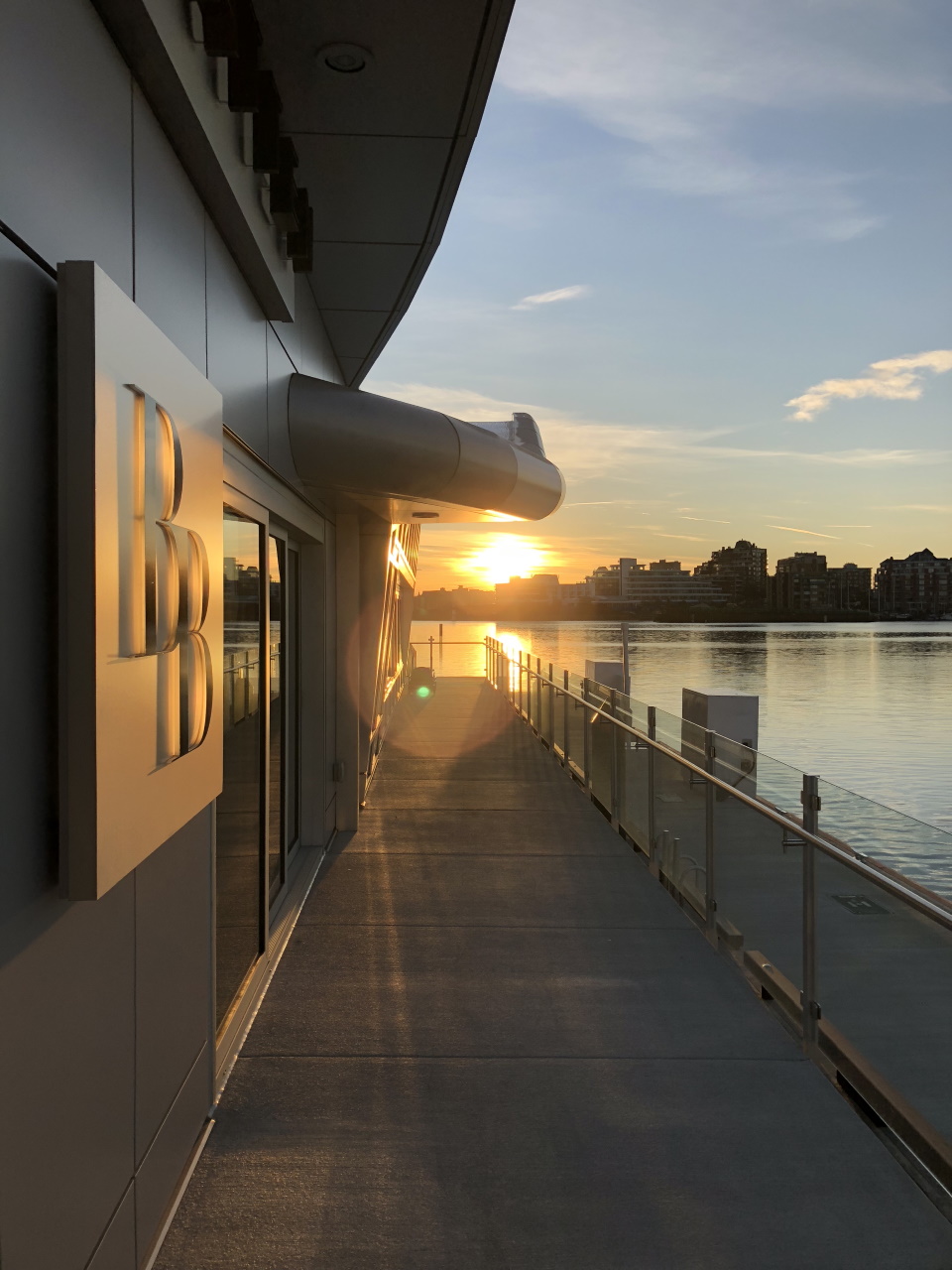 Born and raised in Saskatchewan, Chef Dion’s passion for food began at a young age, “As a youngster, I spent a lot of time in the kitchen cooking with my mom. She’s always supported me creating and trying things out,” says Chef Dion.  An uncle who moved to Vancouver encouraged Chef Dion to move out west because of the great culinary scene.  “There were a lot of celebrity chefs, like Rob Feenie, in Vancouver at the time. So at 19, I moved to Vancouver, went to culinary school and got a job at the Metropolitan Hotel, it was a great place for the city’s culinary talent”.

Working alongside a notable lineup of chefs including Chris Mills, Andy Springett and Hamid Salimian, Chef Dion kept developing his skills. By the time he left, he was the executive sous chef. Chef Dion and Chef Hamid went on to successfully launch the restaurant at the Westin Wall Centre, Vancouver Airport.

In a surprise twist, Chef Dion was accepted to the university of Victoria in 2011 to pursue his new goal of becoming an attorney.  “I had a  lot of early success in my career and worked with a lot of great people at the Metropolitan. I don’t think I realized how good it was. I became a bit disenchanted with the culinary scene, which is why I decided to pursue becoming a lawyer,” he says.

Chef Dion completed three years of his undergraduate degree at the University of Victoria while working at Truffles Catering to pay his bills.  “Truffles Catering recognized my talent and gave me a lot of opportunities to the point I was designing menus. I fell back in love with cooking by starting over again,” says Chef Dion. “I wasn’t overly ambitious so it turned into an organic advancement. I dropped out of law school and started cooking again full time”.

Chef Dion left Truffles in 2016 to take the sous chef position at Fernwood’s popular Stage Wine Bar, before moving to 10 Acres Kitchen in the role of chef de cuisine. “Being part of a new restaurant and working with a great team really drew me to Boom + Batten”.

While meticulous in his approach to cooking, Chef Dion considers all elements of a dish and how they play together to produce an experience that is approachable dining and excellent. “I want to make good food – even something as basic as chicken noodle soup. I want people to enjoy the food I make,” he explained.

Looking back on his own journey, how he developed his approach to food under dynamic mentors and what he could pay forward, Chef Dion is committed to supporting Boom + Batten’s culture of a learning environment.  “I developed my skills through multiple mentors, being a teaching kitchen – that’s what we all want to create at Boom + Batten. A place where young cooks come to learn and where we can cultivate the talent and dining experiences to remember and celebrate here in Victoria”.

Born and raised in Manitoba, Pastry Chef Dominique was determined to become a chef by the time she was seven. After a trip to British Columbia with her family, she was captivated by the beauty of the coastal province, and by twelve, her sights were set on attending BC’s Pacific Institute of Culinary Arts in Vancouver. “I started setting my mind on that goal and saving my money, so that I could move out west when I turned 18,” says Chef Dominique.

Her perseverance paid off. Chef Dominique attended BC’s Pacific Institute of Culinary Arts launching a successful career soon after graduating. Although she loved all components of cooking, she gravitated to pastries and desserts while working in Vancouver.  “When I was working at Lumière in Vancouver I used to really pay attention to the pastry chef working – making truffles, and macarons, and all the desserts. It was something else. I decided I wanted to leave the kitchen smelling like chocolate instead of fish,” explains Chef Dominique.

Chef Dominique worked in two venues, which she selected in order to learn under reputable and distinguished pastry chefs. First was under Head Pastry Chef, Eric Bari, at the Manitoba Club.  Chef Dominique next moved to a Relais Chateaux property in New Brunswick called Kingsbrae Arms. Realizing she still had a lot to learn in the art of pastry, but missing the west coast, Chef Dominique moved back out west to Whistler where she worked at the Bearfoot Bistro under Pastry Chef, Dominic Fortin.”Working for two pastry chefs, I gained fundamentals I needed. They taught me flavour profiles and how to construct different dishes,” she explains.

After two and a half years at the Bearfoot Bistro, Chef Dominique took her first role as head pastry chef at Whistler’s La Rua Restaurante. She was ready to push her career to the next level. She accepted the position of head pastry chef at Quails Gate Winery in Kelowna and remained at the property for two summers. “It was a great experience. Before I made desserts and the sommeliers would pair wines to those creations, but at Quails Gate, I had to make the desserts to pair with the wines,” says Chef Dominique.

Quails Gate Winery was a summer season position. She was invited by Canadian Mountain Holidays to help with pastries at a Heli-ski lodge for a week her second winter season in Kelowna. “That one week turned into five weeks, to which turned into them offering me a full-time position the following winter at their premier lodge. I ended up holding that position for four winters,” she says.

Every Culture is Dessert Inspiration

With an appreciation for the unique challenges and constant learning lodge life offered her, Chef Dominique sought out a position at a Sports Fishing Lodge in Haida Gwai for the summer seasons. She landed at Langara Island Lodge where she worked as the head pastry chef for five summers. “All of the places I have been and the people I have met have influenced my style. Over the years these influences have crept into my desserts. Every culture left an imprint,” she explains.

Chef Dominique’s role at Boom + Batten will be her first position since moving to Victoria in 2018. Boom + Batten restaurant will feature desserts created by Chef Dominique and her team, and the walk-in café will showcase both desserts and pastries. Her team benefits from a learning environment where she plans to share techniques in the art of dessert and pastry making. Desserts are the last impression a diner has, and Chef Dominique promises it will be a memorable one at Boom + Batten.

Starting his career at Med Grill in early 2000, Andrew Fawcett worked his way up the ranks in the restaurant group becoming head chef at the popular neighbourhood eatery by his early twenties. Andrew successfully ran Med Grill for 11 years, before moving into his current position as Director of kitchen operations for all three of the company’s restaurants, Med Grill, Glo and now Boom + Batten.

“My role within the company is to provide all of our chefs with the best suppliers and the best quality ingredients. We source for the best pricing possible to create value for the customer,” Andrew explains.

Having spent the first part of his career immersed in the kitchen, Andrew is familiar with the specific requests of different chefs.  “All of our chefs are a little bit different. Sam Harris, executive chef at Boom + Batten, has an extensive supplier list, with specific farmers for different ingredients. So, we are working with a lot of specialty suppliers at Boom + Batten for both seasonality and feature menu development,” he says.

The company’s two other restaurants, Med Grill and Glo, offer menus for Fall/Winter, and Spring/Summer. At Boom + Batten, the structure shifts with menus changing for all four seasons. As the team develops, Andrew is leading the Boom + Batten satellite kitchen, offering the catering menu and custom built “boards” inspired by the bounty of food available on Vancouver Island through local suppliers.

With the group of restaurants undergoing a significant period of change and growth, Andrew and the leadership team are still very committed to creating a learning environment for aspiring cooks.

“We are offering the entire chef apprenticeship program, levels one to three and all the tests, out of the Boom + Batten kitchens. The apprenticeship program will prepare aspiring chefs to go on to college programs or continue working in the kitchen. We’re proud of the ways we are giving back to the community in Victoria,” explains Andrew.

While the apprenticeship program will be lead by the company’s corporate chef and instructor at the Culinary Institute of Vancouver Island, Michael Pelletier, each Boom + Batten chef credit a mentor for inspiring their careers. They are all dedicated to mentoring staff, giving them positive starts and support to continue learning and growing.“Our kitchens are not a place to go to simply collect a paycheck. We want our team to feel that they have a future in hospitality. Our goal is to teach skills for life. All of our staff have a genuine interest in food so it’s a great fit with the culture,” he says.

Andrew’s role is not only to lead on the expansion of catering and specialty food gifts but to foster an environment where young employees have the same learning opportunities he did early on in his career, while ensuring guests and customers receive five-star quality food co-created by a team of passionate culinary professionals.